What exactly lay behind their wedding ceremony?

Beatrice is a working dress-designer from Hampstead.

Victor is a banker in the City of London: older than her, more experienced. And more dangerous?

Can their marriage survive if Beatrice fails to conceive? It was part of the bargain, wasn’t it? A nursery full of children, happy voices chattering into the night, laughter ringing out across the lawn.

And what happens when a young American doctor, Alexander Hertzler, arrives as an unexpected guest one summer’s evening?

Set in London, New York and Oxfordshire in 1911, Beatrice and Alexander explores a British marriage under threat, a family torn apart by scandal – and an explosion of love.

“Once again Valerie Mendes proves herself to be master of the genre. Authentically set in the early 1900s, her passionate and often very moving saga, played out across two continents, is skilfully woven with many unexpected twists to its ingenious and well-researched story. It had me reading into the small hours.”
Jeremy Robson, Poet and Publisher 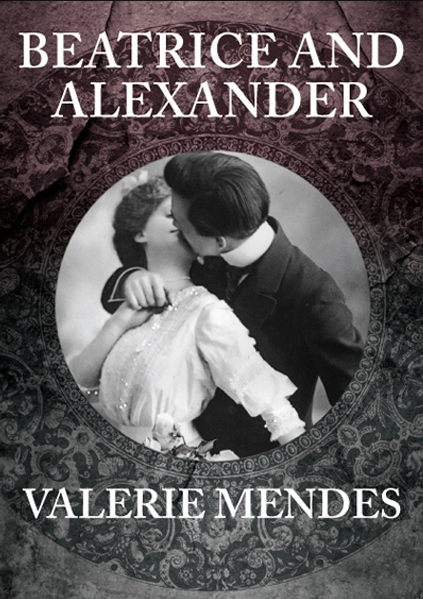