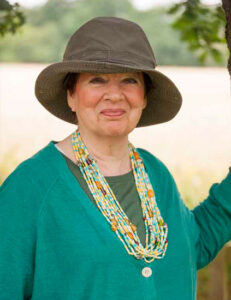 Master Sloop was the most intelligent Cat I ever owned. His mother lived up the road but they never spoke. He and I met one morning quite by chance. In 2006, I had just moved into Hobbit Cottage on Hensington Road in Woodstock. My then gardener, David Trim, and I were planning to put a large dollop of elegance into the dumpish shambles of my front garden.

Through the tangled jumble of the hedge divider squeezed a black Cat. He was so thin I could count his ribs. His eyes were a greenish yellow, street-savvy and very perceptive.

“I say, David!” I paused for a startled moment that would change the next fourteen years of my life. “That’s just the kind of Cat I really need right now.”

David pushed his cowboy hat to a rakish angle and grinned. “Okey dokey,” he said. “Give it a whirl … Wotcha gonna call him?”

I stretched out my hand. The Cat kissed it. His tongue rasped against my skin, giving me shivers of delight.

“I’m going to call him Master Sloop,” I said. “I’d better make sure he doesn’t belong to anybody. I’ll take him to the vet to see if he’s been chipped.”

I did. He hadn’t. And thus was he mine for life.

Master Sloop was always ravenous. My grocery bills doubled. Years later I was told that my erstwhile neighbours had abandoned him when they moved away. So he’d learned to fend for himself and fend he did. I reckon he must have won at least three medals for fender bendership.

Sloop swiftly moved into permanent residency at Hobbit Cottage, realising at first sight I was a right pushover. Having woofed down two breakfasts, he’d amble off – out of sheer habit – for a third down Hensington Road. Or even, with a bit of British luck, a fourth.

On our daily routine together – our New Life, as it were, although there was no actual wedding ceremony, only an embedded chip from the fish and vet man – we’d head off into Woodstock to buy Cat Food by the Boxload.

Sloop would trot at my heels, past the churchyard where he still foraged for the odd mouse, garden vole, absent-minded sparrow or fledgling eagle, until we reached the library (tragically no longer with us). Here he’d take one sniff at the volumes of diesel stench and Sit Down with panache.

He’d then Start to Howl. He’d had excellent training. Having been abandoned once in his short life, he was convinced this disaster in the decent dinner department would happen all over again. I’d walk away from him, sideways and backwards, bumping into other shoppers, saying: “Don’t worry, darling, I’ll be back soonest. I’ll never ever leave you, I promise.”

“Ah ha!” total strangers would say, standing directly in my path so I could neither run nor hide. “Is that YOUR cat? Found him in my bedroom again last night! Ate up all my spaniel’s supper, he did, and poked around for more … Why can’t you keep your creature under control, is what I’d like to know.”

Walking away from the centre of Woodstock for less of the diesel smog and more quiet sanity, we often went to Pritesh Patel’s scrupulously clean deli, with its mouth-watering home-baked bread and delicious lunchtime snacks.

Our journeys became a nightmare. Pritesh called Sloop His Majesty which was soon abbreviated to His Maj. Neither title qualified Sloop entry to the enticing fragrances. He’d squash his face against the deli window, trying to look starving and adorable. He never succeeded.

One memorable Christmas Day my family in Chipping Norton decided there was no room for me at their table with its thirty guests. So I gratefully accepted an invitation from David Popham’s family in Woodstock. As I walked home at 5.00pm after a superb Christmas dinner and wonderful company, who should I find stalking the empty street?

“So there you are at last.” Sloop sounded hoarse from all that howling. “I’m starving to death here while you’ve been stuffing your face. Where are my turkey with all the trimmings I’d like to know.”

“Just give me five minutes, darling.” I picked him up. He weighed at least a ton. “Mince pies coming up.”

For Sloop – My Miraculous Black Cat

If I am mine and Thou art thine

We’ve not a jot to fear.

You’re on the prowl for all that’s foul
While I clean plump and near.
I can’t think where you panther to—
I’m not allowed to know—
For I am mine and Thou art thine
Where’er we go.

Now I am mine and Thou art thine
We must be on our toes.
I’ll sing and dance and take a chance
There’s nobody below.
We’ll play together on the grass
Whenever His feet come to pass
We’ll watch and wait and man that gate
In case our Postman’s mail is late.
You play with mice (not very nice?)
I’ll tap an hundredth word.
You lap your milk, I’ll wear some silk
And feed nuts to the bird. …