The Eyes Have It
714
page-template-default,page,page-id-714,page-child,parent-pageid-357,bridge-core-2.3.5,ajax_fade,page_not_loaded,,qode-title-hidden,qode_grid_1300,footer_responsive_adv,transparent_content,qode-theme-ver-22.1,qode-theme-bridge,disabled_footer_top,qode_header_in_grid,wpb-js-composer js-comp-ver-6.2.0,vc_responsive

The Eyes Have It 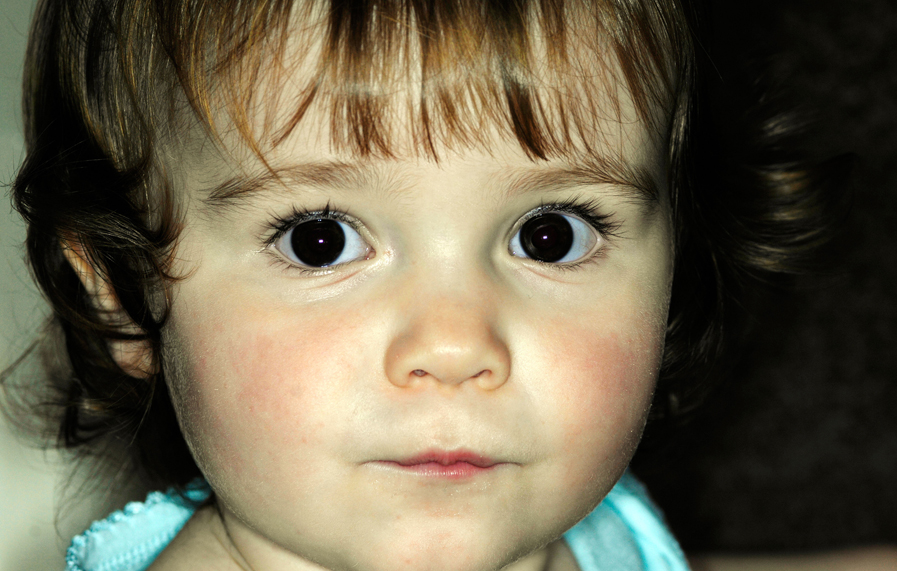 When I was a child, I used to march around with a book under my arm and, whenever possible, my head in it. I became skilled in finding a nook somewhere – an empty room, a large tree with a sturdy branch I could climb up to – where I could read without interruption from other bothersome human beings. In Edgware we had a small apple orchard and kitchen garden behind the fenced-off lawn, where I dug my own private patch of hallowed ground. There I’d hide, with my current spell-binding escape into story, among the prickles of gooseberry bushes, the flap of wet washing and the humming of busy bees.

I can’t actually remember the moment when I realised that although I could see the page in front of me, the rest of the world beyond it had become a little fuzzy around the edges. It may well have been in a maths lesson when, as I sat in the back row of the class, I knew I had no idea what the teacher was writing. I could hear the scrape of her white chalk on the black board. I could see the sweep of her arm and her slug of dark brown hair cut with military precision like a man’s. But 2+2=4? For all I knew, she could have been giving us a secret formula for the atomic bomb.

For many months I kept my increasing short-sightedness a secret. I could see well enough to cross the roads on my own as I walked the suburban streets to school. I could recognise the faces of my friends and enemies. I could catch a netball, score a goal, hold a spoon the right way up, drink soup without spilling it, climb the stairs, take a bath and spot a rainbow in a cloudy sky. Wasn’t that good enough?

When it came to facing the school’s visiting optician, I sneaked into the medical room and memorised the letters on the chart. She assumed I could see pretty well everything.

My mother caught me out. We were shopping for shoes in Clark’s on Edgware’s High Street, and she pointed to a pair in the window. “Where?” I foolishly asked. The question was my sudden downfall. I was pushed into the local optician’s office and forced to confess.

I could not have hated my first pair of spectacles more than most of the world hated Herr Hitler. They were heavy. The frames were round and clumsy at one and the same time. Their lenses were so thick my eyes looked like pinheads. They made the bridge of my nose a permanent boiled-ham pink. They chafed my ears. They slid when I blushed. They steamed up in a warm room and blurred the world in the rain.

My school enemies, who all had perfect vision, started to call me Plain Jane or Blue Stocking. One of them snatched the specs when I’d taken them off to change for gym. She hid them underneath a smelly pair of navy knickers. I stomped blindly home with them in my satchel (the specs, not the knickers) and dunked them in my bath before I could bear to put them on again. The following day I made sure she couldn’t find her hockey stick. It’s probably still buried in the mud near the edge of the school pond.

Throughout my teenage and university years, although the frames got classier, more colourful, and had shapes like the wings of a flying bird, the spectacles ruined my hairdos, my make-up and my confidence. I mean, who wants to kiss a girl with glasses? The prospect looked so complicated that most of my boyfriends gave up before they’d even tried.

One memorable evening I met a boy called Jeff at a dance at one of the Cambridge colleges. He was tall and handsome with enormous pale blue eyes he used to tap with his finger tips as a party trick. He worked in a room that housed the biggest computer the world had then invented – and he wore a pair of contact lenses that covered the entire surface of his eyes. When he asked me to marry him, I turned him down. I didn’t love him, I wasn’t interested in his socking great computer, but he would have made an ideal husband – and I was both horrified and deeply impressed by his eyeballs.

Thinking things over back home, I took all the courage I’d ever possessed into my beating heart and visited an elderly but highly experienced optician in the centre of London. He agreed I’d be a good if early candidate for hard contact lenses. The objects duly arrived in the post. After weeks of determined struggle, during which my mascara streaked down my cheeks in rivers of exasperated and most unladylike swear words, the air turned blue but I mastered the technique. Don’t blow your nose too hard because your eyes might pop out in the process.

During the past sixty years in which I’ve probably worn around thirty pairs of lenses, there have been some truly terrible moments. During an important job interview, for example, my left eye blinked and the right lens shifted out of position. I spent the following hour trying to answer and ask intelligent questions to seven professional gentlemen all staring at my stuttering lips. I subsequently received a sad but standard letter of rejection.

A gust of wind in the street can – and does – blow dust which feels like fragments of broken glass on to your eyeballs. Trapped between the naked eye and the unbending lens, the specks of foreign matter can cause unimaginable pain. Bus stops are abandoned and shopping bags dumped in the gutter as the wearer, screaming with agony, tries to remove her eye.

But, like childbirth, these moments are swiftly forgotten in the normally marvellous vision contact lenses can give without destroying the contours of your face, the shape of your cheekbones or the fabulous length of your eyelashes. Mine are real, honest injun. I’ve never worn a fake lash in my life.

Then my elderly optician retired. In his place – and in his new offices in London’s De Walden Street – sprang my Magician of Marylebone.

Andrew Gasson is a man of many brilliant parts. As well as being a pioneering and top-of-the-range contact lens specialist, with every modern contraption you can think of gracing his consulting room, he’s also a traveller to exotic places and a brilliant photographer of their birds, a passionate devotee of good cricket, a stylish wearer of immaculate suits, a lover of cats, and an author. His and his sister’s book on cat food is fabulously useful, and he has even written an illustrated guide to Wilkie Collins, popularly known as the father of the detective novel.

Our regular annual meetings consisted of eyes tests followed by long discussions on the state of British and American publishing. On one occasion I paid him a special visit to check an historical fact about glasses I needed for my first adult novel. On another he told me in great detail about a short story he wanted to write. We parted company only because another client had come knocking on his door.

Andrew’s consulting room is on the ground floor behind a simple reception desk, comfortable chairs and the usual coffee machine and magazines. But his basement is a complicated warren of a medical books library, an entire bathroom, shelves of inspiring spectacles, sparkling new carpet, another consulting room, and flickering machines that measure how well your brain is working and whether you are likely to survive the next ten years.

When there is a Third World War, Londoners will gather in such basements to talk, eat and sleep. I’m sure there must be a secret door that leads underground directly to the Houses of Parliament and Buckingham Palace. Andrew’s complicated eye-testing contraptions are probably linked to the breakfast table of Her Majesty, warning her of the density of her cornflakes and the freshness (or not) of her scrambled eggs.

Meanwhile, Andrew has got to know me, my publishing achievements, progress, problems and work load extremely well. He digs out my records on a bunch of handwritten cards that flutter back into the last century.

Seven years ago he reminded me that my eyes had become not just middle-aged but elderly. Or, as he called it, “mature”.

“Maybe,” he admitted, waving his Parker pen at me. “Except that your eyelids are far too floppy for my liking and will soon need doing.”

So I took his good advice and had them done.

I will spare you the gory details, but the Consultant Ophthalmic and Ocuplastic Surgeon, Mr Hugo Henderson at The London Clinic, took twenty years off my age. Andrew met me as usual the following year. We both agreed. Elderly? Perhaps. Floppy? Never.

My annual appointment with the Magician of Marylebone had become one of the landmarks of my year. Except for 2020, the year the Covid bit. I’m still prevented from travelling from Woodstock to London by bus or by train. The virus stampedes among us, mutating along the way. I knew I needed to find a local optometrist, but I’d persuaded myself it could wait.

Only here’s where the story changes very fast.

On Monday, my wonderful printer, Darren Millward of JDP Solutions, delivered the three new covers for my three new titles: Beatrice and Alexander, Finding My Voice and Daddy’s Girl designed by the brilliant Paul Downes of GDAssociates.

On Tuesday at 8.00 a.m. I launched myself at my study to spring-clean it, and emerged four hours later with a bag full of ancient documents and a sparkling transformed sanctuary.

On Wednesday Darren handed me an early birthday present: his four-month-old daughter Iria’s feet, photographed in black and white and beautifully framed.

On Thursday I celebrated being 81 by taking some dear friends to The Orangery in Blenheim Palace for a delicious lunch. The autumn sunshine filtered into the extraordinary room in wafts of delicate noonday light. Outside, the trees stood on their sharp green grass, orange and yellow in their miraculous turning of the year.

Photos of my family arrived in a surprise delivery. My grand daughter, Phoebe, is now a startlingly beautiful three-year-old. Charlie can hardly see through his waterfall of hair. Joe has a grin like the Cheshire Cat. Ali’s lovely face is half-buried in the marvellous huddle of bodies – and my handsome laughing Sam wears his spectacles dangling around his neck.

On Friday I waited all morning for the first of my new typeset projects to arrive with Mike, my very special postman. And there was the title page of Beatrice and Alexander with my logo on it. VMBooks had been born. My small publishing world had become an astounding place.

I drank a cup of sweet tea and sat down to read The Times and The Bookseller. Predictably, instead, worn out by the excitement and the extraordinary sense of victory, I fell into the deepest of slumbers. An hour later, the telephone shrieked from the other side of the room. Wrenched awake, I found I’d fallen on the floor underneath the nearby chair with a lump the size of a large orange already bulging on the back of my head.

The phone went on ringing. I sat up very slowly. The world sparked with fairy lights and my wrist turned black with bruise.

I was lucky. I hadn’t broken anything. But those fairy lights reminded me. With enormous reluctance, I had to say goodbye to my Magician of Marylebone. In a farewell email, he agreed my decision was “sensible”.

So it’s hello, soon, to my new and local Optometrist, Morgan’s in Kidlington.

“I’ve just turned 81,” I explained to them on the phone with a sense of quiet pride, having given them the complicated details of my life and times condensed into two minutes flat.